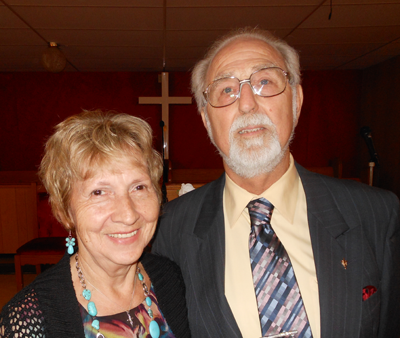 Associate Pastor Robert Overberg feels that it is a privilege to serve the Lord in the community of Delhi. He was raised in a Catholic home, but during his youth he began to question the teachings of the Catholic Church in comparison with the Bible. Even as a student at Roger Bacon High School, he realized one of the two was wrong and soon after high school converted to the Baptist faith.  Bro. Bob has sought to help establish a deeply rooted Baptist church in Delhi to proclaim the gospel of Jesus Christ.He has been a bi-vocational pastor working for Kahns and Hillshire Farms. Bro. Bob retired from Kahns in 2003.In addition to pastoring, he has served in several ministries, including the youth ministry, working with abuse victims, finance, and ministering to the elderly. Brother Bob’s life verse is John 3:16 “For God so loved the world, that he gave his only begotten Son, that whosoever believeth in him should not perish, but have everlasting life.”